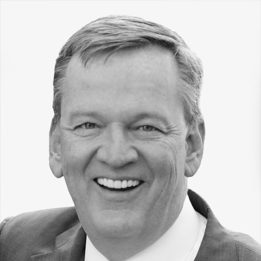 Joel Wood is the senior vice president for government affairs and also oversees CouncilPAC, the association’s political action committee. He has been the top regulatory and government affairs officer at The Council since 1993. He came to Washington a decade earlier to work as a press and legislative director for Rep. Don Sundquist (R-Tenn.). Over the course of his career, Wood has been deeply engaged in many issues impacting the commercial insurance brokerage industry—from health insurance reform efforts, to terrorism reinsurance, to regulatory reforms both small and large, at both the federal and the state level—and has received numerous accolades as one of the top lobbyists in the financial services industry. In 2000, he and his wife Dana formed the Foundation to Eradicate Duchenne following the diagnosis of their son James with Duchenne Muscular Dystrophy, the world’s most lethal childhood genetic disease. Their advocacy and charitable work has led to hundreds of millions of dollars’ worth of scientific research into DMD, and a corresponding decade-long increase in life expectancy for those afflicted with the disorder.

Three things I’d bring on a desert island: George Foreman grill, sleep number bed, boat to get me off

City I’d go to on a whim (for a weekend): New Orleans

If I were to retire tomorrow, I would…Ask permission to keep attending political fundraising dinners for CouncilPAC.