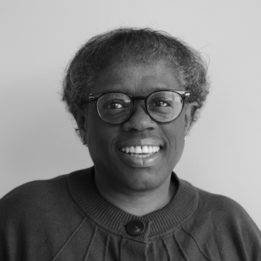 Pat Wade is business manager of Leader’s Edge. Her role is to manage the daily operations of the magazine with primary focus on the budget and financials, circulation and postal audits. Wade joined The Council in early 1990 on a contractual status and became full-time in 2000. She has worked in nearly every department at The Council during her tenure. Prior to The Council, Wade worked for 18 years at the American Cyanamid Company, a manufacturer of chemical, agricultural, pharmaceutical and consumer products. Wade received a bachelor’s degree in business administration from Fayetteville State University. She lives in Waldorf, Maryland with her husband and a nearby close-knit family which includes four children, 12 grandchildren, a feisty mother, siblings and 68 first cousins who are regarded as “friends.”

First job: Tobacco farm processing raw and cured products (but has never been a smoker)

Recipe I’d like to try: Best ever tiramisu similar to recipes at DC restaurants Café Milano and Filomena

If I would retire tomorrow, I would…Set aside one day just to take a nap before the start of another very ambitious journey.