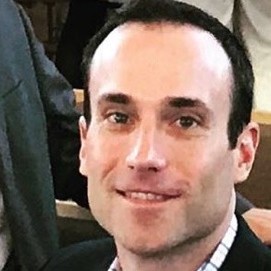 Pat, it’s been almost two years since The Institutes announced the launch of the RiskBlock Alliance (RBA). For those who are unfamiliar, can you briefly explain what you hope to accomplish and why you believe blockchain and distributed ledger technology can play a crucial role across the insurance industry?

A sizable portion of the insurance process involves transferring data. With distributed ledger technology, competitors within the industry can securely share data with one another on a permissioned basis, abating duplicative efforts, minimizing reconciliation issues and reducing costs. In addition, insurance-related organizations can leverage the shared ledger to avoid data intermediaries and enact smart contracts in order to automate various procedures. While the technology provides a means to work on the universal problems that plague the industry and add costs (e.g., data sharing, insurance verification, fraud), a non-partisan arbiter is needed to bring the industry together to test, learn and implement the technology. We feel The Institutes’ RBA plays that role well.

To add to that theme, blockchain technology is unique in that it is network-based. Although blockchain and distributed ledger technology could be leveraged within a single organization to bring various departments together, it is unlikely that operating a company-specific blockchain will be as productive as operating a blockchain involving a larger network of competitors or participants. In order to get the most out of distributed ledger technology and leverage network effects, the industry must join together, working collaboratively to design holistic blockchain solutions. The Institutes’ RBA is bringing brokers, insurers and reinsurers together to do just that.

Are there any major hurdles that have been difficult to overcome? What is your greatest achievement so far in RBA’s journey?

We’ve navigated quite a few hurdles since our origin. For example, formalizing the consortium was a challenging endeavor. Nevertheless, we navigated through those initial stages, stood up a new legal entity, added staff, established member-led governance and have continued to institute best practices. Perhaps our greatest achievement thus far has been the continual increase in membership with mass renewals. Blockchain has been and will always be a team sport; there would not be an RBA if members didn’t want to join or renew. A close second was the setup of the Canopy framework. Before Canopy, many insurance companies were creating their own blockchain applications, each with their own unique framework or personalized tweaks to various platforms. In a sense, each use case was operating in a silo. The industry wasn’t capitalizing on network effects or scale with this approach. Canopy was created to provide a backbone for various blockchain or DLT apps to be built upon.

Last time we spoke, RBA was transitioning from proof of concept to implementing these blockchain-based insurance applications in the real world. Are you currently, or when do you expect to be using blockchain technology across your four proof of concepts: subrogation, proof-of -insurance verification, first notice of loss data sharing, and parametric insurance?

Now that we’ve built out the Canopy framework, members have begun testing the initial applications (proof of insurance and first notice of loss) over the past few months. In February, we completed and demonstrated member-to-member testing to the executive committee of The Institutes’ Board of Trustees. Members who weren’t involved in the very first cohort of testers are now beginning to engage and test the applications on the Canopy framework. The testing consists of various steps, including basic testing, UI testing, Canopy testing, integration testing and production. We feel the Canopy framework will be ready for production in the summer, and at that point, it will simply be a matter of members getting internal buy-in to go live. Our hope is to have over 20% of the market leveraging the initial applications by year end.

Meanwhile, we continue to refine some of the existing use cases, like subrogation net settlement, and we’ve started working groups in new areas like commercial lines auto, property and general liability. We are also considering launching working groups in reinsurance, workers compensation and surety bonds. We anticipate a couple more use cases, likely a commercial lines use case and perhaps a reinsurance use case, moving to the build stage before year end.

RBA has over 30 risk management and insurance corporate members. How critical have these partnerships been to RBA’s journey?

Given this is a network-based technology, building out the network or ecosystem through partnerships is critical. The Institutes’ RBA defines members as carriers, brokers/distributors or reinsurers. We have over 35 members on the P&C side and we are closing in on 10 members on the life and annuities side through our partnership with LIMRA/LOMA. RBA members are involved in leading all areas of the alliance governance and activity. For example, members work with RBA products staff to design use cases on behalf of the industry and then work with other RBA departments and service providers to build out the use cases. RBA also has a program for solution providers, which currently consists of organizations like Accenture, EY and Deloitte. These solution providers have helped by building out the RBA distributed ledger framework (Canopy), developing the apps for member-requested use cases and ensuring the underlying distributed ledger is completely secure. Beyond the members and solution providers, we have programs for collaborators (legal entities, banks, energy companies, etc.), industry non-profits (associations, academia and other consortia) and civic bodies (regulators, government, etc.). Our goal is to work with the broader ecosystem in building out blockchain applications that can benefit our membership. This should ultimately lead to benefits for consumers and the public at large.

What would you advise the C-suite of a regional insurance brokerage to do right now in regards to blockchain education/engagement?

Get involved. Existing research has found that this technology will be particularly impactful to the insurance space. For example:

When production-grade blockchain or DLT use cases, like those being built by RBA, proliferate across the industry, savings/benefits will mount and the first entrants will be best positioned to understand the associated efficiency gains and reap the competitive rewards. Therefore, industry participants are best served engaging early in blockchain efforts, rather than waiting on the sidelines.