Hot on the heels of The Council’s Insurance Leadership Forum (ILF) came InsureTech Connect (ITC), the insurance industry’s largest gathering of insurance leaders and innovators in Las Vegas. This year, attendance tripled and included nearly 6,000 attendees from over 1,700 companies. 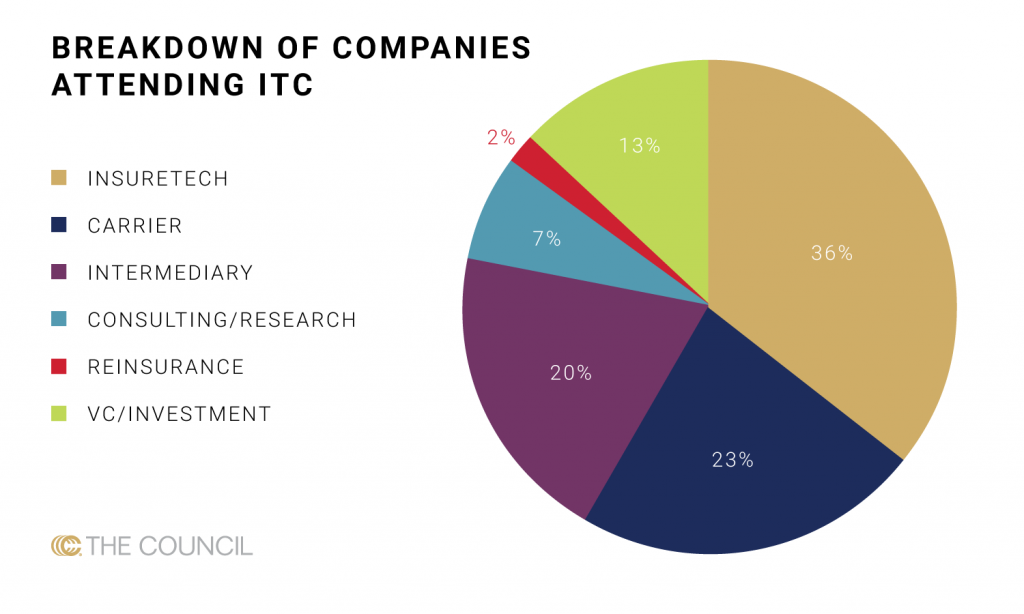 On the last day of ITC, we had the opportunity to sit down with Jay Weintraub for an exclusive interview to discuss his perspective on ITC and how he expects the industry to evolve and adapt in coming years.

Can you speak to the overall conversation at this year’s event and how it has changed over the past three years? Where do you see it going forward?

“If we think back to three years ago when we first began, the audience makeup was predominantly early adopters—and who are the early adopters? The early adopters are the investors, the insurtechs and a handful of the forward-thinking—primarily carriers—who are seeing this happen. By and large, it was very early adopters, which meant tech first, investor first.

“Insurtech is made up of two things: insurance and tech. From day one, we always wanted this to be an insurance show. Tech can be a lot of things, but it’s only as powerful as the people who wield it. For us, insurtech only exists not because of tech but because of insurance. For us, one of the most gratifying things we’ve always hoped for is the adoption of insurtech by the broader insurance industry. It’s not just a trend; it’s a movement.”

The Council’s Insurance Leadership Forum (ILF) took place from September 29 to October 2, and “optimistic” is the best way to describe the attitudes of members who attended. The insurance industry has begun to embrace technological innovation, and many of our members see the opportunities that new tech offers—demonstrated by the interest in our first-ever Focus Forward: TECHTalk, which saw the room overflowing with people eager to hear the dialogue between representatives from five broker-focused insurtechs.

Because of how they impact the customer experience, digitalization and streamlining policy workflow were key themes that came up time and again during discussions at ILF. More and more, insurers and brokers alike are realizing that in today’s economy, insureds want convenience. One of the ways to facilitate that is by pivoting toward a more digital, more online business process and by partnering with insurtech startups that can help with that transition.

Plenty of Money for Insurtechs, but Fewer New Entrants

A new Deloitte report shows signs that insurtech investment is becoming more strategic, with 64 percent more money invested in late-stage startups than all of 2017, and only 4 startup launches in the first half of 2018 compared to 2017’s 69 and 2016’s 177.

Travelers Teams Up with Amazon to Provide Smart Home Solutions

Blockchain Hype May Finally Turn Into Reality in Pharmaceuticals