WASHINGTON, D.C. – August 4, 2016 – The Council of Insurance Agents & Brokers has released the results of its Commercial P/C Market Survey for the second quarter of 2016. Rates once again decreased across all size accounts, by an average of -3.9 percent. Rates were down slightly more than the average from Q1, which was a -3.7 percent.

“These results confirm everything we’ve heard from our members anecdotally this year,” said Ken A. Crerar, president/CEO of The Council. “Carriers are aggressively pricing new business while attempting to hold rates steady on renewals. It’s a buyers’ market.”

Large accounts again experienced the largest rate decrease at an average of -5.3 percent, followed by medium-sized accounts at -4.2 percent, and small accounts at -2.1 percent. One Midwest broker described carrier underwriting practices in Q2 by saying they are “Pricing to win. Many carriers offered reduced pricing to keep accounts out of market driven by concern that pushing the account out to market will likely result in the need to drop price considerably more in order to hold [the] business.”

Respondents noted that capacity in the property/casualty market remained strong, possibly increasing in some lines, while only constricting in certain lines such as Commercial Auto. Commercial Auto rates increased 2.4 percent last quarter. One Florida-based broker confirmed, “Carriers are still tightening up auto rates (increasing them or dropping out of the market).” Rates have been increasing for Commercial Auto since the third quarter of 2011 and it was noted by some respondents that even insureds with no losses experienced increases.

Commercial Property rates saw the greatest decreases in Q2 at -6 percent, followed by Workers’ Compensation at -4.3 percent, General Liability at -3.6 percent and Business Interruption at -3 percent. Employment Practices was the only other line besides Commercial Auto that increased, and only slightly, by 0.8 percent. Demand for insurance products was strong, with 81 percent of respondents observing that demand had increased last quarter.

Talent management was once again the top business issue weighing most heavily on brokers’ minds. The Council also asked survey participants what political issues kept them awake at night. Respondents were most concerned about the lack of leadership in the political system, the federal budget and deficit, and the economy and jobs. 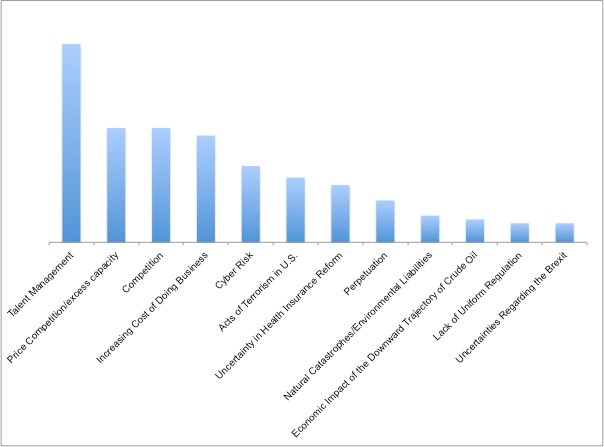 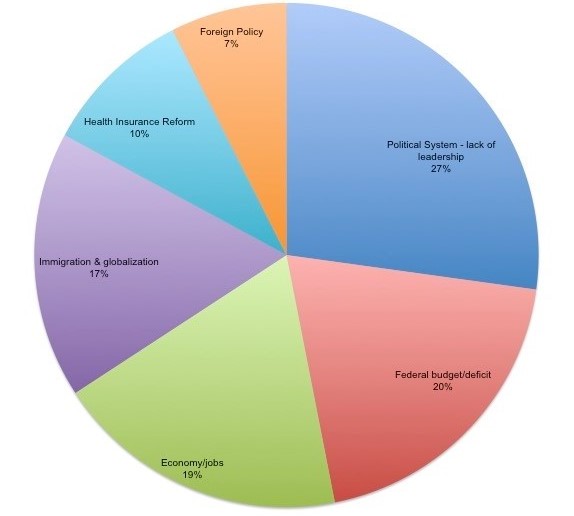 “There is a lot going on in the world right now that could impact the market,” said Crerar. “The presidential election, terrorist attacks, daily cyber attacks and data breaches, devastating floods in West Virginia and Maryland, NCCI’s proposed 20 percent workers’ comp rate increase in Florida in response to a recent court ruling, the UK’s Brexit decision and Zika making landfall in the U.S. The Council and our members are keeping a close eye on all of them.”

The Council’s survey is the oldest source of commercial property/casualty market conditions, pricing practices and trends, dating back to 1999.